Replaces: Nothing! You never had any protection from the factory!

This adds a transmission skid to your gen 3

The Gen 3 Montero saw cost reductions and the removal of armor that was deemed no longer neccesary as the american SUV was mostly sold to soccer moms upon it's release in the north American Market. Largely overlooked by enthusiasts until Adventure Driven Design came along, the lack of fan base resulted in a lack of factory support and as a result the gen 3 was released extremely under-protected. While the Gen 2 gets diff and fuel tank skids from the factory, the gen 3 only gets plastic gaurds, but what they both have in common, is they both lack transmission skid plates. Until now.

Made of 3.5mm American Stainless Steel with flanged edges, this unit provides protection Mitsubishi never offered. Weighing in at 15 lbs, it's as lightweight as we could make it while still being stronger than any skid plate you can get for a gen 3. Rear mounting flange will need the holes drilled, hardware not provided, m8x1.25 bolt with a nut on the back of the cross member is how we've mounted it. If you can't figure out how to mount this, check our forums, if you're not able to do it, pay a professional. Be cautious of your trans pan while drilling.

From Wikipedia, the free encyclopedia

SAE 304 stainless steel also known as A2 stainless steel (not the same as A2 tool steel) or commercially as 18/10 or 18/8 stainless steel, European norm 1.4301, is the most common stainless steel. The steel contains both chromium (between 18-20%) and nickel (between 8-10.5%)[1] metals as the main non-iron constituents. It is an austenitic stainless steel. It is less electrically and thermally conductive than carbon steel and is essentially non-magnetic. It has a higher corrosion resistance than regular steel and is widely used because of the ease in which it is formed into various shapes.[2]

The composition was developed by W. H. Hatfield at Firth-Vickers in 1924 and was marketed under the trade name "Staybrite 18/8".[3]. The Japanese equivalent grade of this material is SUS304. [4].

304 stainless steel has excellent resistance to a wide range of atmospheric environments and many corrosive media. It is subject to pitting and crevice corrosion in warm chloride environments and to stress corrosion cracking above about 60 °C. It is considered resistant to potable water with up to about 200 mg/L chlorides at ambient temperatures, reducing to about 150 mg/L at 60 °C. 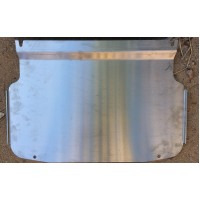 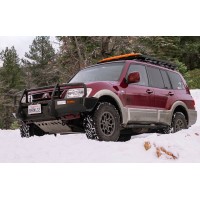 This stainless steel skidplate fits the front of Gen 3 Monteros. It is a perfect replacement f.. 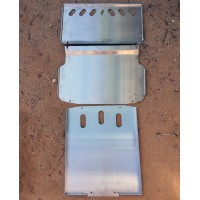 You like bangers? You like Mash?? How about some BANGERS AN MASH MATE?You get THREE skidplates made .. 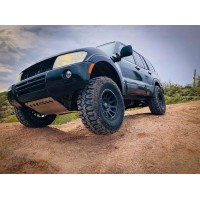 This Pre-Order Sale runs until Labor Day 2020 (Sep-7) or until spots are sold out! Production s..

This Pre-Order Sale runs until Labor Day 2020 (Sep-7) or until spots are sold out! Production s..